Vodka: it’s clear as water and ultra-neutral, a go-to spirit of choice for mixed drinks. The word vodka comes from the Slavic vodka, meaning water combined with the diminutive ka, little. Both Poland and Russia assert claims as vodka’s country of origin, with the first official use of the word appearing in the 18th-century Russia. It’s a relative newcomer in the United States, not appearing here until the early 20th century.

For decades, vodka available here came from foreign brands—think Smirnoff, which established a production facility in Connecticut in the 1930s. The Latvian Stolichnaya and Swedish Absolut arrived on our shores in the 1970s. American brands started in the late 1990s and early 2000s, like Texas’s Tito’s. In the past decade, as micro distilleries began emerging, vodka has become a favored spirit to craft. Unlike whiskey or bourbon, it does not need to be aged, meaning it’s quick to get to market and there’s a high demand, both of which provide much needed seed money for more complex spirits. According to the Distilled Spirits Council, vodka currently accounts for nearly a third of the distilled spirits sold in the United States. New Englanders have entered the craft distillery market, with several New Hampshire establishments creating distinctive vodkas. 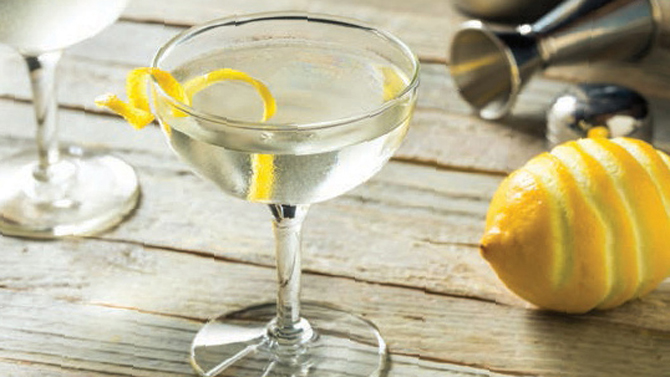 In the U.S., according to the Code of Federal Regulations (CFR 5.22), the standard of identity of vodka is “neutral spirits so distilled, or so treated after distillation with charcoal or other materials, as to be without distinctive character, aroma, taste, or color.” Vodka can be made from almost anything that includes starches or sugars, which ferment into alcohol. Potatoes, grains like corn, rye, and wheat; fruit such as apples, sweeteners like maple syrup and molasses, even milk, with its natural sugars, have been used to produce vodka. New Hampshire distilleries are producing truly local vodka, made from produce grown nearby. Here are a few establishments that offer tours and tastings.

Distiller Kevin Kurland remembers the small still run by his grandfather and uncle when he was a kid, a whole process he found fascinating. After returning from service in the Iraq War in 2008, Kurland began pursuing his goal of opening his own distillery. His father and uncle, also veterans, helped him get the business up and running in with their first spirit, Solid Granite Vodka, modeled after an Eastern European vodka with sweet and smooth notes. “I started with vodka because it’s the simplest to make and at that time it had 65 to 70 percent of the market space,” Kurland explains. “You have to have something out there.”

Kurland sampled a lot of vodkas before coming up with his own recipe. “American vodkas are notable for how alcohol-high they taste, but in Eastern European vodkas you don’t taste the alcohol as much. Ours is an ‘ice box’ vodka and you serve it ice cold. I use corn, which gives it a touch of sweetness, but there isn’t a lot of New England corn growing. Two or three times a year I can get New England corn or I can get some in New York. I use different species, but you want high starch. People think it all tastes the same, but there are differences depending on what grain you use and for us, what corn we use.”

Key to the smooth finish of Solid ranite is the ew ampshire spring water Smoky Quartz uses. Kurland recommends keeping the bottle in the freezer and serving the vodka neat. It works well with simple additions like fresh mint or a lemon or lime twist, and makes a great Bloody Mary.

Located near the banks of the Ashuelot River in Winchester, New Hampshire, New England Sweetwater Farm & Distillery produces Ashuelot Vodka from a mash of apples and potatoes from nearby farms. This was the micro distillery’s first product when they opened in 2015.

Distiller Robert Patton-Spruill explains the choice. "When you’re a new distillery, you start with vodka because it doesn’t have to be aged. We wanted a product that is agriculturally viable here, and something high in sugar and starch. We tried honey but it’s very expensive. I found the potato vodkas out of Poland to be the best in the world and potatoes are readily available. I also considered stone fruits, but they’re not good for the equipment. Apples turned out to be a smoothing ingredient with the potatoes. They mellow it out.”

Patton-Spruill, who is also a filmmaker and the Director in Residence of the Department of Visual & Media Arts at Emerson College in Boston, cofounded the distillery in 2015 with his wife Patti Moreno, a producer and gardening expert, on property they inherited from his parents. Basing the vodka on produce grown in the area was important. “It’s cool to go to an actual farm and pick out ingredients,” Moreno says. “We think our vodka has a great fruity nose and awesome potato finish. It tastes like New England.”

Research and trial and error were key to the development of the final product. "We do the research," Patton-Spruill says. "After 18 recipes we found what we were looking for. There’s lots of learning to do for other spirits too. We’re working on making brandy from local fruit. I did make a cucumber vodka that is blowing off my shelves. People are looking for what we bring to a spirit as local distillers, and for New England that’s local fruit. That’s what makes your place special.”

Brian Ferguson inherited Flag Hill Winery and Distillery’s General John Stark Vodka when he came to the Lee, New Hampshire, farm in 2013. Two years later, he purchased the business with his wife Maddie. Ferguson’s background includes a stint as head distiller at Cayman Spirits Co. in Grand Cayman, where he made plenty of rum, but he continues to make Flag Hill’s signature apple-based vodka, which was first released in 2004.

“We haven’t done a lot to change the product except maybe a longer run," Ferguson says. “My joke is that by law of man it’s 95 percent alcohol by volume (ABV), but by law of nature it’s 95.8 percent. All vodka in the world is different by 0.6 percent at most. Ours is 95.5 percent. We can’t get it any cleaner. What sets it apart is that most use glycerin or other additives to set apart their spirits, but ours has no non-food additives post-production. Apples give it a nice soft, silky component so we don’t have to add anything post-production. We slowed down the distillation, too, and that’s where we’re going to leave it. It’s really good as is.”

Ferguson gets apples from a local farm, which helps support both the distillery and that farm. “It also turns out that apples are just good to use,” he explains. “We have had a cool relationship with the same farm for 14 years, Apple Hill in Concord, New Hampshire. When people talk about buying local, they don’t understand the impact of what that means. Apples used to be a waste product for them, but now, we make a brandy from a very specific set of apples with high acidity. ow, they’re growing apples just for that, which makes them sustainable.”